Can Your Pipes Really Freeze in the Inland Empire? 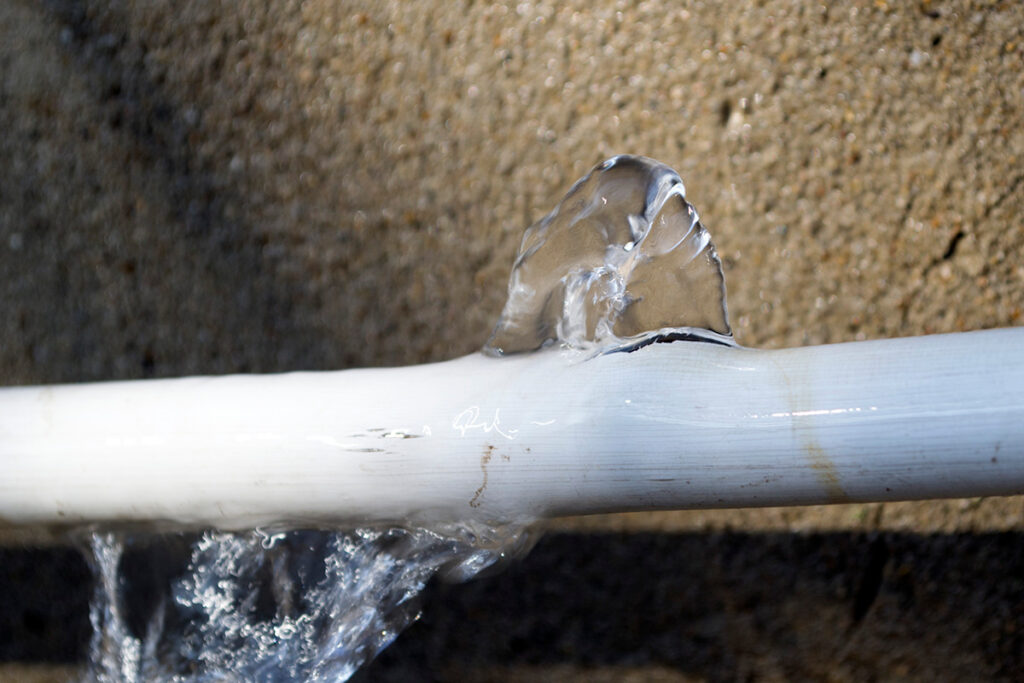 You might assume that frozen pipes could never be a problem for you here in southern Cali! But it is possible in certain situations. Be prepared:

The mechanics of water

First, here’s the good news – even though many people think their pipes could freeze at 32°, freezing temperature, this is highly unlikely. For that volume of water to freeze in just one night, the temperature would have to be 20° or lower. So that is unlikely here in Southern California.

Which pipes are worst off

The temperature outside isn’t the only factor determining whether you’ll have a pipe problem. What your pipes are made of plays a big part too! You might think that copper pipes are the worst, because they are poor insulators. But, even though copper pipes are most likely to freeze, they have some flexibility. PVC (polyvinyl chloride) pipes are the most dangerous in winter because even though they are slightly better insulated than copper, if they do freeze, they are not very flexible. That means a high risk of bursting! The best material to prevent frozen and bursting pipes would be PEX (cross-linked polyethylene) pipes, which are better insulators and flexible when frozen – but because frozen pipes are not usually a big concern here in the Inland Empire, PEX pipes are less likely to be installed.

Of course, the location of the pipes also makes a big difference. Your indoor pipes that aren’t on an exterior wall are going to be fine, but pipes in the attic, basement (if you have one here in the Inland Empire) or garage are the ones at risk. And even more so the pipes you have that are actually outdoors, like your sprinkler system or pool pipes, or any outdoor spigots you have.

What should you do?

Now that you know whether your pipes can freeze here in the Inland Empire – it’s very unlikely, but possible, especially for outdoor pipes – you’ll want to do the following:

Even though burst pipes are an unlikely concern here in the Inland Empire, it’s not impossible. Keep your pipes safe from bursting, and safe from leaks and clogs, with Ballard Plumbing, Heating, and Air Conditioning. And if you’ve got a plumbing problem, contact us online or call now: 909-297-1914