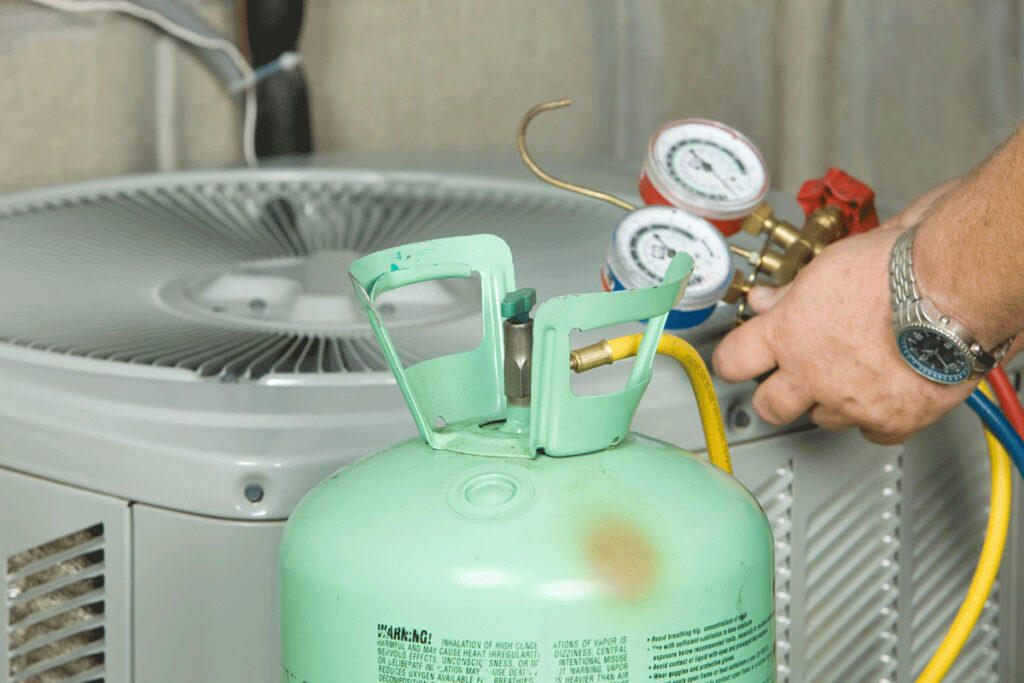 Here’s the latest news on your A/C … HFC refrigerants aren’t the standard anymore. But what’s next?

The phasing down of HFCs (hydrofluorocarbons) is spurred on by the fact they are greenhouse gases. And over the last few years, they have steadily contributed to the depletion of the earth’s ozone layer.

These refrigerants have been under attack since 1987, when HFCs’ predecessors, CFCs, were banned for similar reasons.

HFCs were considered a good alternative at the time. But they were recently discovered responsible for a decent amount of ozone damage. They are hundreds of times more potent than carbon dioxide. And while not as bad as CFCs, HFCs are still a threat to the environment.

The Kigali Amendment to the Montreal Protocol, first proposed in 2016, was adopted by the US and 196 other countries in 2019. And the amendment has actively been fighting HFC refrigerants since.

With a primary objective of reducing HFC production and use by at least 80% by 2047,

the Kigali Amendment started gradually phasing out HFC refrigerants. And this has led to their replacement with more eco-friendly alternatives, A2L refrigerants.

One of the more popular HFC refrigerants affected by this amendment is R410A. Due to its high global warming potential (GWP), it is likely to be replaced by its A2L counterpart, R32.

Why R32 Is the Best Alternative

The main advantage of R32 is its eco-friendliness. Compared to R410A and other HFCs, it has a much lower global warming potential, meaning it will have less effect on the ozone layer while still getting the job done.

R32 is better in terms of efficiency as well. Compared to R420A, it needs about 20% less refrigerant during refilling, cutting electricity costs. And it also improves the cost efficiency of R32.

R32 does have a few drawbacks, such as its high flammability and possible toxicity, meaning trained professionals should only handle it.

R32 also can’t be used with air conditioners that work with R410A. It probably won’t be compatible with the appliances you own right now.

The implementation of R32, and other A2Ls, may take a while. But it’s a small price to pay for the benefits R32 claims to bring to the table.

Here at Ballard, we always have our finger on the pulse and are ready to bring everything NEW to the Inland Empire – news, technology, and heating and cooling systems. Contact us online or call us at 909-297-1914.